So somehow this trending tech snuck by under my radar. Is snuck .. Snuck it spelling checker! Anyway, seems that’s all the blatant plagiarism I have for you all now..;)

WHAT EXACTLY IS NEURAL IMPRINTING? 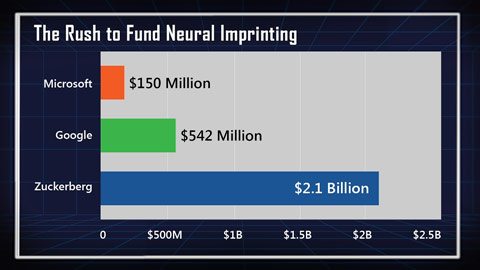 Neural Imprinting sounds like a term that could be used in a science fiction novel, and has become a very popular forum topic and search term. There are many discussions about neural imprinting, which include many topics like the legitimacy and validity of its usage, along with if it could be an effective method for pain relief. If neural imprinting could be used for pain relief on a wide scale, there are discussions about how much wealth could be made from it.

HOW DOES VIRTUAL REALITY HELP WITH NEURAL IMPRINTING?

Virtual reality for neural imprinting has been in the testing stage since 1996 by Hunter Hoffman, the director of Virtual Reality Analgesia Research Center, and David Patterson. Their work has been to explore the illusion of travelling in a virtual world, and how people’s attentional resources are used during their time within virtual reality. At the moment, neural imprinting is not being rolled out into the medical sector.

However, with more VR headsets being released, the chances are that neural imprinting will be used in the near future. There are estimates that over 80.2 million of the specialized VR headsets would be sold to hospitals and patients who are from different areas of the world.

WHY HAS NEURAL IMPRINTING BECOME SO POPULAR?

The simple answer is that patients are looking for an option of pain relief that works. Neural Imprinting took off and could make 2.86 trillion dollars within a just a few years. This is due to Neural imprinting not having any negative side effects, and would be cheaper than other treatments and medicines.

The reason that neural imprinting did not take off the first time that it was launched to the public was that normal people were asked to invest thousands of dollars. Investing the money would get them a free VR headset, and a large financial return. Many people believed that this was a scam, instead of an alternative for injuries and chronic pain.

As more VR headsets like the Oculus Rift are released, virtual reality uses have become a popular topic. This is why people are looking at investing in neural imprinting. Neural imprinting has the chance of becoming one the largest pain relief options, and investing now is the best option to get a huge return.